Is it true that the FV215b 183 will be removed and replaced with Badger? If it's true, when?
We don’t currently plan to remove the FV215b 183, but we will be adding the Badger at some point.

Can we get a status update on some of these community requested features?
The ability to equip clear camouflage on tanks other than Mercs.
That will be in the next update, 4.6.

Artillery trajectory view cam.
The new Arty cam will be in the next update, well before the end of summer.

Dynamic garage stats that account for equipment, crew skills, etc. equipped on your tank.
Thanks for the reminder, I just pinged the ticket for an update on progress.

Has Wargaming ever considered a trade-in system for premiums?
We have received a number of requests for this lately and need to figure out a good way to implement something like this on console. I can’t make any promises at the moment but it is being actively thought about.

For tanks with side skirts, why do they function on some tanks but are visual only on others?
Some tanks never had the collision models set up for them from when we converted from PC. Some tanks were just bugs or mistakes. We’re doing a full sweep on them now, and in our next big release, hopefully we will have caught and fixed them all. If it's visually there, it should be physically there.


When are the French Heavy Tanks coming?
We don’t have a date yet for them. We are currently wrapping up our update to PC server version 9.20.1 and those tanks are in 9.21, so I’m sorry to say it will take some time still.

Any update on how long WG will continue to support Xbox 360?
No plans to announce as there are still thousands of unique users playing on Xbox 360 daily.

Will we ever see a premium Hellcat? or an American TD similar to it?
It is entirely possible now that you’ve asked. Tell us what you want to see from it and I’ll file a request.

Will there be any new artillery lines or nations coming soon?
Nothing along that line in the immediate future.

Any word on when the Kirovets-1 will be in-store?
It is coming but all I can say is that it will be sometime later this year.

Will we ever see Vouchers for Permanent Camouflage as Op rewards?
I don’t see why not. I’ll mention it to the events team.

Could we get audio sliders so players can turn their own audio?
We can certainly add that to the audio request list. 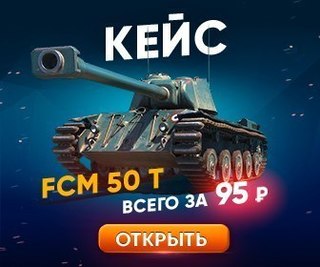